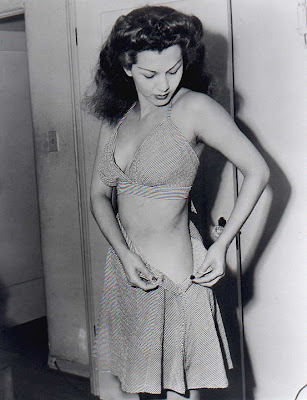 So much had happened...

so very, very much.

The Drivers, exhausted from their seemingly endless traverse through Canada, had at long last made it across the North Dakota border.

The Kid, picked up only hours before, had requested a pit-stop for candy bars. Some time around midnight Bob spotted a vile, pink glow on the horizon and pulled into the only all-night gas station--and indeed, the only permanent structure--they'd seen for several hundred miles.


As The Kid scrambled inside, Bob glanced toward the back of the van. Ken, Steve, Gail and Sheila were entwined in an unlikely sprawl of limbs, soft snores, and--hey, what the heck--nah, everyone was just asleep. Zonked. Dreaming fitfully away about the week's stranger-than-strange adventures.

Bob heaved a sigh and turned his gaze away from his enigmatic flock of musicians and back towards the sickly cast of the neon sign: ''Gas. Beer. Cheese.''

The Kid was taking a long time. Bob's weariness gave way to an odd prickle at the base of his consciousness, and he sat up, straight. Okay, Kid, get on with it--get your damn Hershey bar and get back into the saddle.

If there had been something in the van besides a green digital radio clock, it would have been ticking ominously at this point. Bob fidgeted, then swore loudly and threw open the driver's side door. Bloody immature little...agggghhh. He stalked inside and glared around the isles as a sleepy Pakistani teenager raised an eyebrow at him from behind the counter. ''Kid? About this tall?'' Bob pantomimed. The boy shrugged and gestured towards the service door in back.

Bob charged through the flimsy double door and found himself in a long, dark, dingy hallway--much longer, in fact, than he could imagine this tiny building supporting. The hair on his arms raised, he began to move purposefully down through the darkness.

All senses on overdrive now, he began to run, throwing his arms out in front of him for protection; the moaning grew louder, and he sped towards it, faster, faster, faster, until he was racing full speed into the neverending blackness. He tripped over something hard and cold, pitched headfirst into the stone wall and lost consciousness.

He was vaguely aware of being dragged...scraping, mumbling, squirming, strong leathery hands around his chest...then blackness again.

Everything in his body ached--bones, muscles, joints--but as his mind sharpened, and his eyes focused, he became acutely aware of--a woman. A creature of incredible beauty, ignoring him completely, as she worked to fasten a recently-undone skirt over her smooth, naked hip. Bob stared dumbly, unable to fully absorb the 55-second transition from van-full of sweaty bandmates to clean, nude vixen.